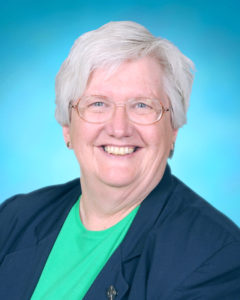 Sister Margaret Juskelis, known to many in the Baltimore area as Sister Peggy, assumed the President’s role in September 2012. Before this, she completed over six years of service as Provincial Councilor, a member of the leadership team of the Atlantic-Midwest Province of the School Sisters of Notre Dame. Her prior twenty-five years of ministry were as a teacher and administrator in several Catholic high schools. In the Maryland area, these schools include the Institute of Notre Dame, Seton Keough High School, Cardinal Gibbons in Baltimore as well as Bishop Walsh High School in Cumberland, MD. For four years, Sr. Peggy taught at Madonna Academy in West Hollywood, Florida. The Baltimore native holds a Bachelor’s degree in mathematics from Loyola College (now University) in Baltimore and a Master’s degree in mathematics education from The Ohio State University. She has also completed further graduate study in education at Loyola and Notre Dame of Maryland (now University). Sr. Peggy is very excited to be sharing in the transformative education that takes place at Mother Seton Academy. 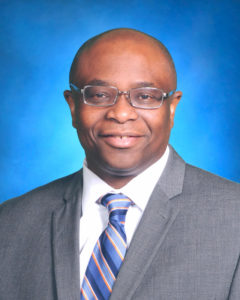 Dr. Sucre joined Mother Seton Academy in 2017. He has a long 30 year history in education as a teacher and school administrator. He also served as a Maryland representative to the Council of Chief State School Officers collaborative on Formative Assessment while working on the Formative Assessment Race to the Top grant at the Maryland State Department of Education. Dr. Sucre has also worked on teacher professional development around technology integration, instructional practices, and assessment as well as the design and start-up of online charter schools in South Carolina. He holds a Certificate in School Management and Leadership from Harvard Graduate School of Education/Harvard Business School, a BA in History and International Political Science from the University of the West Indies, a BBA in International Finance from Baruch College, an MsEd in Integrating Technology in Education and a PhD in Educational Technology from Walden University. 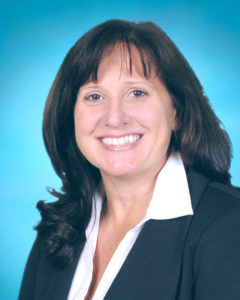 Leah Benzing joined Mother Seton Academy in 2011, after 11 years at College of Notre Dame of ­Maryland in various roles in the Institutional Advancement office. In recognition of her years of service and dedication to the college, she was presented with the College of Notre Dame of Maryland’s Mission Medal prior to her departure. She was just the third person to be recognized with that medal in the college’s history. Prior to her tenure at Notre Dame, Leah served in the Business Office at Villa Julie College (now Stevenson University), completed a management-training program at Walt Disney World and worked in the corporate world in event planning. Leah earned her A.A. and B.S. in Computer Information Systems from Stevenson University, an A.A. in Innkeeping Management from Baltimore International College, and a Masters in Leadership in Teaching and an M.A. in Nonprofit Management from Notre Dame of Maryland University.

Sarah Butcher is an award winning artist and art educator with over 20 years experience teaching art and technology courses in private schools and independent workshops. Sarah joined Mother Seton in 2018. She teaches art and is the community service coordinator. Before coming to MSA, Sarah led the Fine Arts Department at Maryvale Preparatory School and was the Instructional Technology coordinator at The Catholic High School of Baltimore. She was responsible for the development of a middle school STEAM program at Maryvale that integrated Visual Art, Music and Technology. She exhibits her art in the Mid Atlantic Area most notably at the Renwick Gallery in 2013. Sarah has a BA degree from Notre Dame of Maryland University. 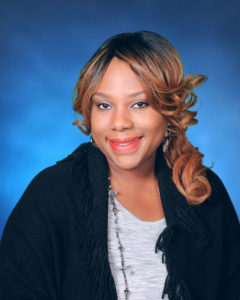 Kia Castille joined the staff in July 2016 as the Recruitment Coordinator. Prior to joining Mother Seton Academy, Mrs. Castille worked for Walden University as an Admissions Coordinator. Mrs. Castille earned her BS degree in Human Ecology from University of Maryland Eastern Shore. She is an active volunteer and philanthropist in her community through facilitating charity events for various non-profit organizations and donating time and resources to Baltimore City’s homeless population. Her love for making all things beautiful is why she has worked with the Look Good Feel Better program for the American Cancer Society. Mrs. Castille is married and has two beautiful daughters. She is blessed to be able to share her gifts and talents with Mother Seton Academy. 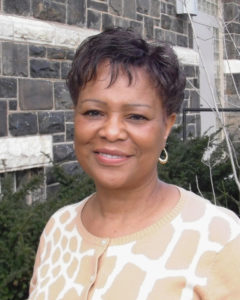 Sheila Epps worked as the Deputy HR Manager for the State Highway Administration. She retired after 34 years in 2011 and began working at Mother Seton Academy shortly thereafter. She has two sons, three grandsons and three great-grandkids, all of which live out of state.  Sheila is an active member of St. Ann’s Church, where she serves as an Usher and member of the Sista’s Circle.  Sheila graduated from the University of Baltimore in 1985.  When she is not at work, Sheila enjoys seeing plays in New York, traveling to other states and Canada, and spending time with her family. 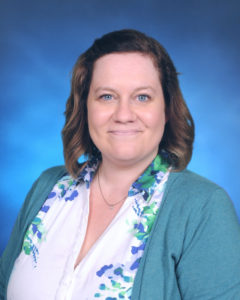 Ms. Amy Feriante is the general music teacher at Mother Seton Academy.  For 12 years, she has instructed middle school students how to understand, appreciate, and perform music.  She joined the MSA family in 2013.  She earned her bachelors degree in Music Education at Lebanon Valley College. Prior to her time with MSA, Amy taught for several years in Selbyville, Delaware and Portland, Oregon.  When she’s not teaching students at MSA, she’s teaching students of all ages private piano, flute, and voice lessons at Bel Air School of Music and Bel Air Music Studios. 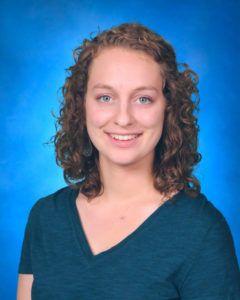 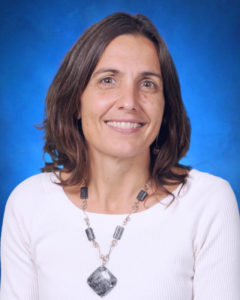 Lisa Knickmeyer joined the staff in October 2010 as Director of Graduate Support. Prior to Mother Seton Academy, Ms. Knickmeyer worked for St. Vincent de Paul of Baltimore as the director of Adelante Familia, a community-based domestic violence prevention program for Latino families. Ms. Knickmeyer earned her BS degree in Business Administration from Drexel University and Master of Social Work from the University of Maryland. Lisa is licensed as a LGSW and also holds certificates of language proficiency in Spanish and German. Ms. Knickmeyer’s shift to the field of education resulted after completing the Baltimore City Teaching Residency Training in Early Childhood Education in 2010. 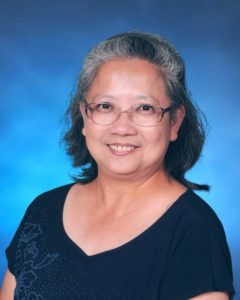 Miss Lapid taught 7 years in a public middle school and almost 20 years in several Catholic Schools.  She has a Bachelor of Arts in Liberal Studies and a Master of Science in Educational Technology. 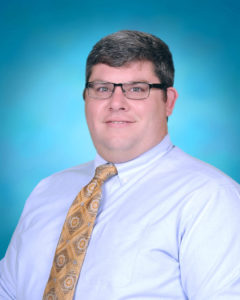 Jonathan Luca began at Mother Seton Academy as an AmeriCorps Volunteer in 2005. After two years of volunteer service he continued with the school as Director of Special Projects and Technology. Jonathan earned his Bachelor of Arts in Social Science from Mount Saint Mary College. Prior to Mother Seton Academy, he worked for Boys and Girls Clubs for 10 years in many roles including a Unit Director. He was also a long time volunteer Emergency Medical Technician and a training and disaster volunteer for the American Red Cross. 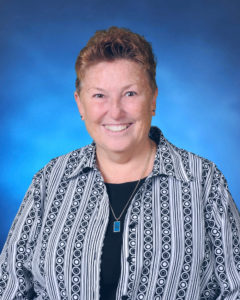 Sister Denise Lyon, IHM is a member of the Sisters, Servants of the Immaculate Heart of Mary, Scranton PA, one of the founding and supporting religious congregations of Mother Seton Academy. Sister Denise began her ministry at MSA in the fall of 2015 after completing 9 years of serving at the University of Notre Dame in South Bend, IN. Sister has 50 years of  experience in the field of education. At MSA, Sister Denise serves as an administrative assistant in various capacities. 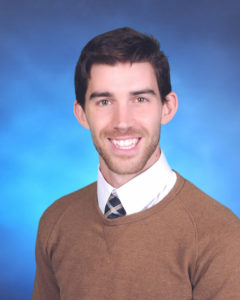 Mr. Brian Mahoney began teaching math as a Jesuit Volunteer in the Federated States of Micronesia in 2012. He joined the Mother Seton Academy faculty in 2019 and teaches math for the 8th grade, Physical Education for all grades, and serves as the homeroom teacher for the 7th grade boys. Mr. Mahoney is currently in graduate school at Loyola University Maryland pursuing a degree in School Counseling to better serve MSA students’ academic, behavioral, and social-emotional needs. 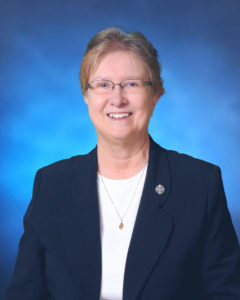 Sister Patricia Maxa is a School Sister of Notre Dame who began her ministry at St. Mary’s Elementary School in Annapolis from 1970 to 1987. She served there as a faculty member and then Assistant Principal. Sr. Patricia also ministered as Principal of Our Lady of Fatima School for eleven years and as teacher for twelve years. She also taught at Bishop John Neumann School. Recently, she received an award for forty years of service in the Archdiocese of Baltimore. Sr. Patricia has a bachelor’s degree in Elementary Education from Notre Dame of Maryland University and a MEd from Loyola University Maryland, as well as additional credits in administration and supervision. Among Sr. Patricia’s hobbies are walking and gardening. 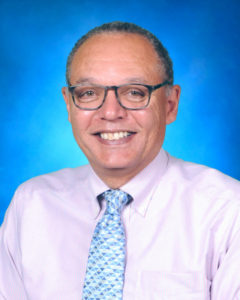 Prior to coming to Mother Seton in 2017 Edward Meade had been in education for 20 years.  He was a class teacher in Waldorf education where he taught grades 1 to 8.  Just prior to coming to Mother Seton, Edward was a STEM tutor at Hampstead Hill Elementary. He has a BA from the University of Chicago and a teaching certificate from the College of Notre Dame in Maryland. 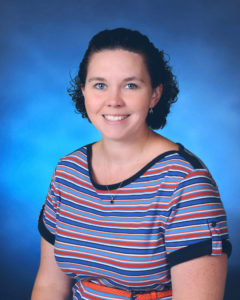 Ms. Phoebe joined the Mother Seton Academy faculty in August of 2014. Prior to that time, she taught 7th grade at Fallston Middle School (Harford County Public Schools), high school English and journalism at Mercy High School, and held a variety of positions within Women’s College admissions at Notre Dame of Maryland University, including admissions counselor and campus visit coordinator. Catholic education has been a vital element within Ms. Frasca’s life, as a graduate of Bishop Shanahan High School (Downingtown, Pennsylvania) and College of Notre Dame of Maryland (BA, English). 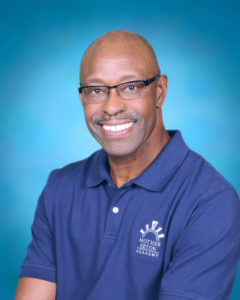 James Scott is a Baltimore native. Before coming to Mother Seton Academy, James served as a Sergeant in the United States Marine Corps. He is a deacon in his church and served as chairmen of the Deacon board for four years. James actively participates in community service projects and has belonged to various neighborhood associations. He is a parent of two wonderful children who both attended Mother Seton Academy. James enjoys working on improvement projects, problem solving, interior design, and jogging. 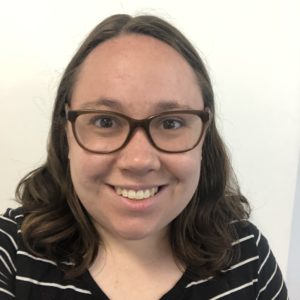 Katelyn Smith is the 7th grade Literature and English Language Arts teacher at Mother Seton Academy. Prior to coming to Mother Seton in 2020, Katelyn worked as a classroom teacher at the Comprehensive Model School Project in the Bronx. She has served as an ELA and Social Studies teacher, teaching grades 6-8. Katelyn first studied education at Sarah Lawrence College, where she received a BA in Liberal Arts. She furthered her education in the English Education Masters program at the Teachers College, Columbia University. She is excited to be back in her home city of Baltimore, serving the students at Mother Seton. 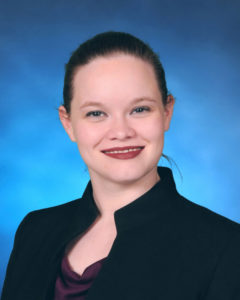 A Maryland native, Rachel has worked in the non-profit field since 2005. From advocacy to social services, healthcare to education, her heart has always needed to work somewhere that makes a difference. So when she found Mother Seton Academy, she fell head over heels in love with this wonderful school, its amazing students, and the fabulous staff. She hopes to use her knowledge of direct mail, events, soliciting, and databases to grow and strengthen support of Mother Seton Academy. Outside of work, she has a marvelous husband and three mischievous cats. 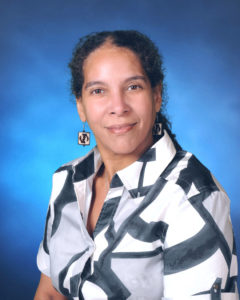 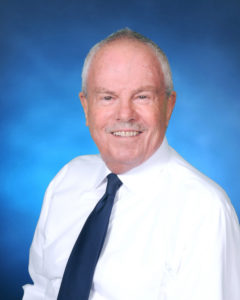 Originally from New Jersey, Mr. Viner attended Seton Hall University for 3 years after which he enlisted in the United States Air Force during the Vietnam War. He completed his education at The University of Wisconsin. He is a Certified and Licensed Food Service Manager. Mr. Viner came to Mother Seton Academy in 2015 after a long career in the healthcare industry. In that environment, he held positions of General Manager, National Sales Manager, and Senior Corporate Recruiter. He was also a small business president and entrepreneur. Mr. Viner is married with children and grandchildren. He is a long-time member of St. Cecilia’s Catholic Church in Walbrook Junction where he also heads the Food Service Ministry. He is a member of The Brothers of St. Cecilia and former Vice President of the Parish Council.

“Mother Seton Academy has given me the opportunity to dream big and strive for greater challenges in life.”

Get updates from MSA

Read what others have said about us